The deadline is fast approaching, but you still have time to shoot and edit your masterpiece for Film Challenge Detroit! We want to highlight a few great apps for editing on the go. Most people would probably never consider editing their film on their phone, but if you are like me, sometimes motivation hits you at a time when you may not be near a computer. If you have a smartphone, you have access to apps that are just as good as their desktop counterparts!

It’s an essential app if you have an iPad or iPhone and is simple enough to jump right in and learn the basics, but it has plenty of features that seasoned professionals can appreciate as well. The titles and transitions are of high quality, but some can be pretty cheesy and aren’t right for every project. A good starter app for casual editing, but it may leave you wanting if you need advanced features. You don’t get to add multiple layers of video or picture-in-picture, for instance. But it will work with and export 4k video, which is a nice touch. The biggest headache of the app used to be just importing footage, which was limited to one element at a time, but that was recently fixed with a software update, and now multiple clips can be selected at once when starting a project. Again, super simple but a great app, especially if you don’t have much experience editing. 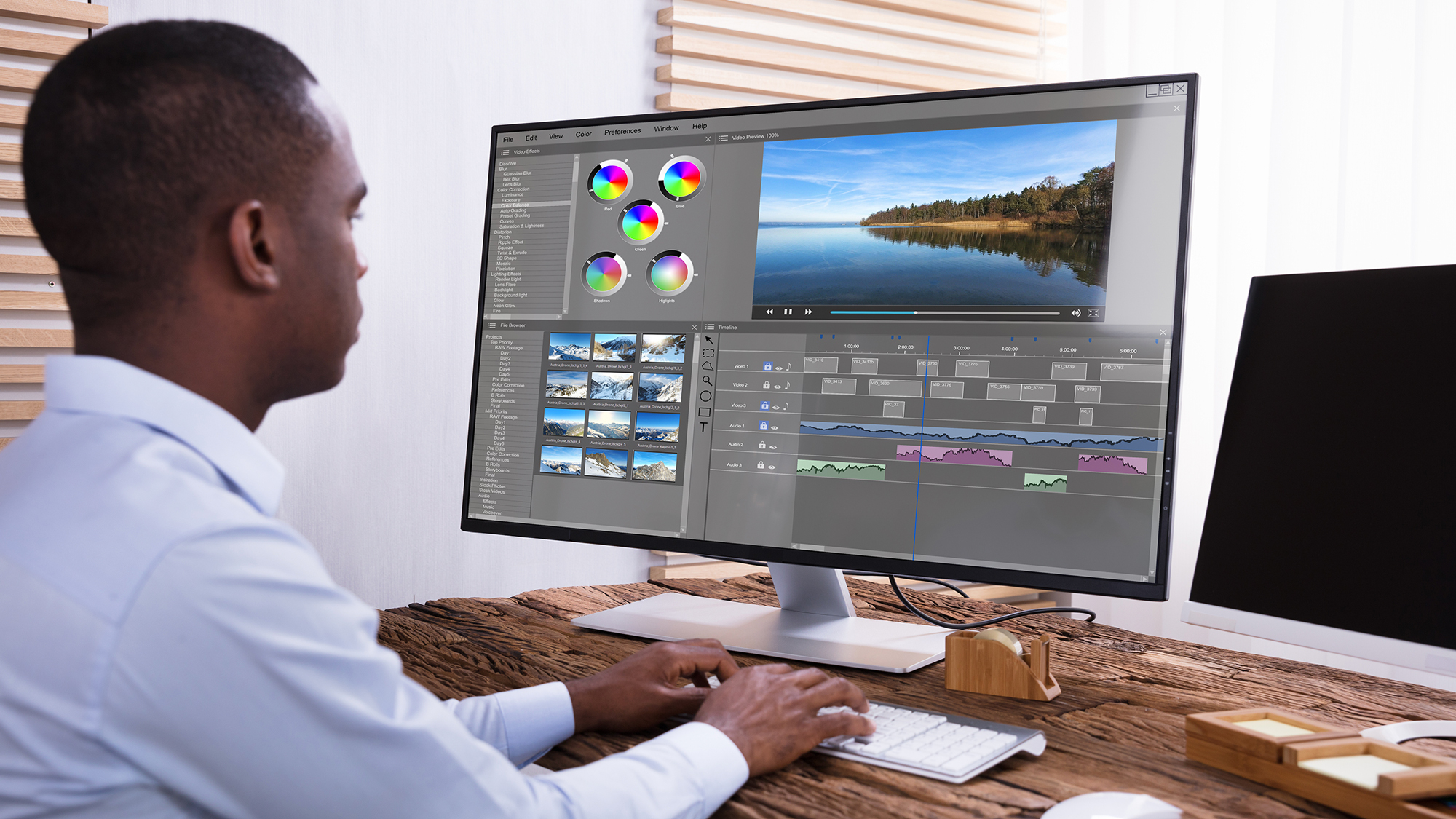 More than likely, you are working with the footage you didn’t shoot on your iPhone, but using Pinnacle Studio Pro in conjunction with an optional Dropbox account lets you easily download footage from another camera directly into your timeline. You also get some great options for importing lower third graphics and doing picture-in-picture videos. The user interface may not be as user-friendly as iMovie, and at $12.99, you may not see the additional features being worth the extra price, but it has some nice things going for it. For example, the storyboard layout is a nice touch as you work on your timeline!

Filmmaker (pronounced Filmmaker) is a premium app with many features that require several in-app purchases before it reaches its full potential. Thankfully you can download the app for free and test it out before making any decisions. Footage will have a watermark until you pay, but the overall quality may sway you into digging deeper after shooting with the app. The editing features are only for footage shot with the app, but it is nice to have the videos you shoot placed directly on a timeline. As you work, you are immediately at the editing stage with many robust features and high-quality 4k export. I personally prefer using Filmic Pro for shooting on the iPhone, but Filmakr is a very polished and fantastic app that is worth a look, and its unique approach to editing is a great feature!

Not to leave Android users hanging, as it seems there are many more options on the Apple side of things. Still, Powerdirector is a robust and feature-filled editor that achieves many of the same options available on the iPhone. You can use Google Drive or Dropbox to get your footage onto your phone. Powerdirector does a much better job handling various video formats that Pinnacle Studio Pro doesn’t even recognize for iPhone. The user interface looks and feels a lot like iMovie and works very well. Definitely worth a look!

Should you edit your entire project on a smartphone? As phones get more powerful, it’s harder to ignore that you have access to a robust computer that you carry around with you at all times. I like to keep my footage “on the cloud” to access my files on my phone and edit sequences when I get inspired. It may just be a placeholder reference to help me work out a scene, or I can edit an entire short film and upload it directly without it ever touching my home PC. One of many reasons I think you should consider editing while on the go.

As a side note, if you are looking for options for your computer, I highly recommend Davinci Resolve. Many people go with Premiere or Final Cut Pro, both great apps, but Davinci Resolve has slowly turned into a competent and powerful non-linear editor. You have to pay for advanced options, but for 1080p delivery, you get a lot of great options for free! There have been over a thousand enhancements to what started as a color grading system, and it is absolutely worth a look. Of course, it will need a powerful computer for some of the more advanced features, but you can at least test it out to see if it plays well with your setup since it’s a free download.