With 2.5 billion users worldwide and over $180 billion in revenue, it’s hard to ignore one of the most popular forms of entertainment – video games.

Video games have been around for decades. The tech has changed drastically, influencing what we play and how we play. One of the most significant determining factors in playing games is the input method.

Without an excellent controller to input your commands, games can be frustrating, laggy, and just plain no fun. And with modern technology, gaming joysticks are the most critical input for controls. Without them, you’re incapable of even the most basic movement inputs. 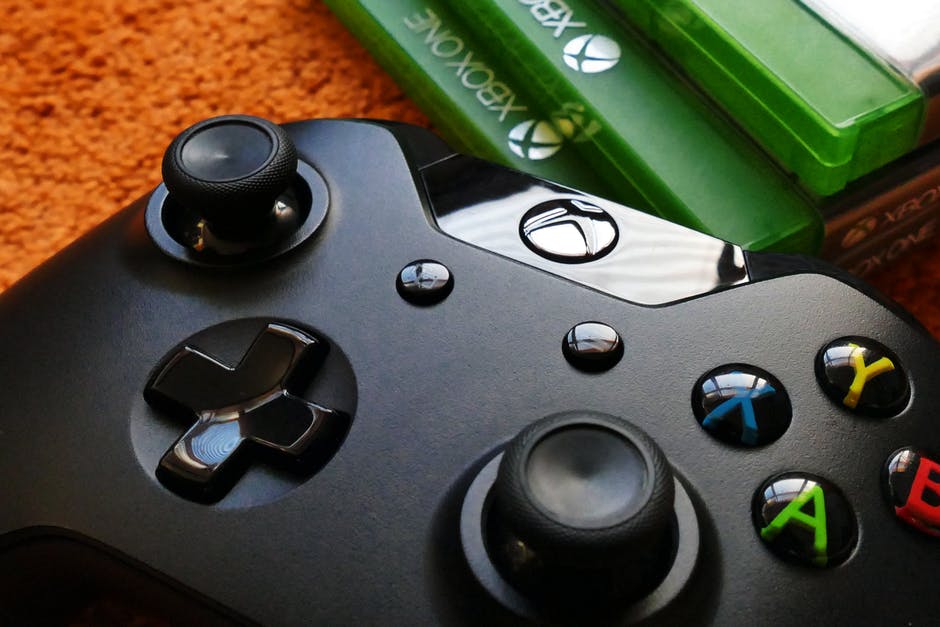 But how much do you know about the history of gaming controllers and joysticks?

Before we talk about newer consoles and their controllers, we need to talk about the Magnavox Odyssey and the origin of the joystick.

Using a joystick for gaming goes back to the ’60s when inventor Ralph Baer created the Magnavox Odyssey, the first central commercial gaming system. This would lead to Baer being given the nickname “The father of video games.”

Before that, the default controllers for the Odyssey consisted of brown boxes with a plastic knob that could be rotated for both horizontal and vertical movement. These controllers acted as rudimentary joysticks for the console, making them ideal for games like Table Tennis.

In 1977, Atari introduced the Atari 2600 to the world. This system became a huge success, ultimately selling over 30 million units.

Atari’s success was due to a couple of different factors. One was the games.

But joystick placement wasn’t the strangest thing about the Dreamcast controller. That would be the VMU.

Nintendo’s first entry into a joystick controller came with the Nintendo 64. The N64 is noted for its odd controller design, which features three “prongs,” the middle of which features an analog stick in the center.

It’s an odd controller design for sure, but the analog stick allowed for the system to have a string of successful games. Super Mario 64 moved Nintendo’s mascot into a 3D space for the first time. Popular shooters like GoldenEye 007 and Perfect Dark wouldn’t have been possible without the movement capabilities of the analog joystick.

Nintendo’s odd choice for controller designs would continue throughout their system releases, evidenced by the Switch’s Joy-Con controllers – two controllers split and separate from the Switch, each with its joystick.

Sony’s original entry into the game console space started with the PlayStation. However, the actual controller lacked analog sticks. They wouldn’t be standing on the controller until Sony released the dual analog controller.

The first game to require two analog sticks was Sony’s 1999 platformer Ape Escape. Without the dual analog controller, you couldn’t play the game.

Sony would introduce its successor, the DualSense controller for the PS5. The DualSense is heavily based on the DualShock line of controllers but with additional features like haptic feedback.

Sony’s DualShock line of controllers is still famous to this day. Even non-console owners are a fan of it. It’s not uncommon for someone to search for terms like “connect Dualshock 4 to Mac” to use their favorite controller with their favorite computer games.

Being a newer entry in the console business, every Xbox console that Microsoft has released has had a controller with joysticks. Unlike some other companies, Microsoft places their joysticks diagonally from each other, creating asymmetrical controllers.

This design philosophy started with the original Xbox controller, “The Duke,” a controller known for its large size, and the original controller for Microsoft’s first home console. However, the 360 and Xbox One controller further streamlined the design, creating more ergonomic controllers.

Gaming controllers may have become more complicated over the years, but one thing is sure – gaming joysticks have been an integral part of many controllers. Without joysticks, players would be unable to explore new worlds, platforms to new heights, frag their enemies (and friends!), and get thousands of hours of entertainment.

If you like this article, check out more in our gaming section.