The Mirror of Beauty

The Mirror of Beauty

The probe of the human mind has marked every inch of success, but the art of drawing parallels for what beauty is, has remained a great mystery. For some philosophers, beauty is the degree of attraction and admiration provoked in an observer. But it is argued that the same beauty does not affect everyone the same way. It varies dramatically. A few think thanks have defined it as a degree of perfection, but perfection in one field may not be of any interest to an observer. So beauty is tough to explain fully, but it may be said that it is a comparison game. Suppose there is only one woman in the world; now the question is whether she is beautiful or not. The answer unambiguously is that you can’t say anything because you don’t have another woman to compare with.

But sailing beyond the ocean of imagination, one realizes that there is a factor determining the degree of beauty, i.e., a personal dictionary, which translates the mortals and assigns the degree of beauty. The holy words of human history will peep out from the gale of truth and will strongly proclaim that Juliet was a goddess for Romeo, a god for her, and rest, the particles of dust. Heer for ranjha was enough, and he for her, to lead whole their life together with few straws of love. But remember, if all the lovers of the world are invited to a party to ask who amongst all is the most beautiful, they certainly shall stamp the claim of beauty on the hearts and souls of their own beloved, which indeed is not their narrow-mindedness but a natural fact that ‘beauty lies in the eyes of the beholder.’

One day a great historian whispered in my ears a story. ‘once upon a time there was king so fond of beauty that he called his most loyal and faithful negro slave and ordered him to go from east to west and from north to south and fetch him such a paragon of beauty that neither moon would have risen with such splendors nor the oysters of the ocean would have given birth to such magnificent pearls; neither ladies of paradise would have looked so charming not the preachers of beauty would have been able to give such bewitching example, neither any artist would have created such mind-blowing portrait nor a poet from the depth of his imagination would have been able to compose such riveting verse; neither any dove would have its pinion soar such marvelously not the Aphrodite would have marked such excellence.

And if I say for her that she is the most beautiful spirit God ever created, then the claimants of beauty should have said:’ we are like lumps of coal in a mine and she a diamond among us.’ So, go my man whose head a crown of my faith rests, on whose shoulders stars of firm belief shine, and on whose chest medals of sure obedience are stamped. Go and present me the beauty that should be praised and witnessed by the twinkling stars.’

The negro servant bowed down and went away calmly to the peaks from where the sun pierced its shining fingers into the dark curtains of the night, from where Shakespeare and Shelley enjoyed drinks of inspiration, from where the portrait of Mona Liza was found, and from where moon extracts its gleaming light. Thus he went through plains to mountains, through valleys to deserts, through unfathomable cares to celestial cities, and through every inch of this world where life seemed breathing. 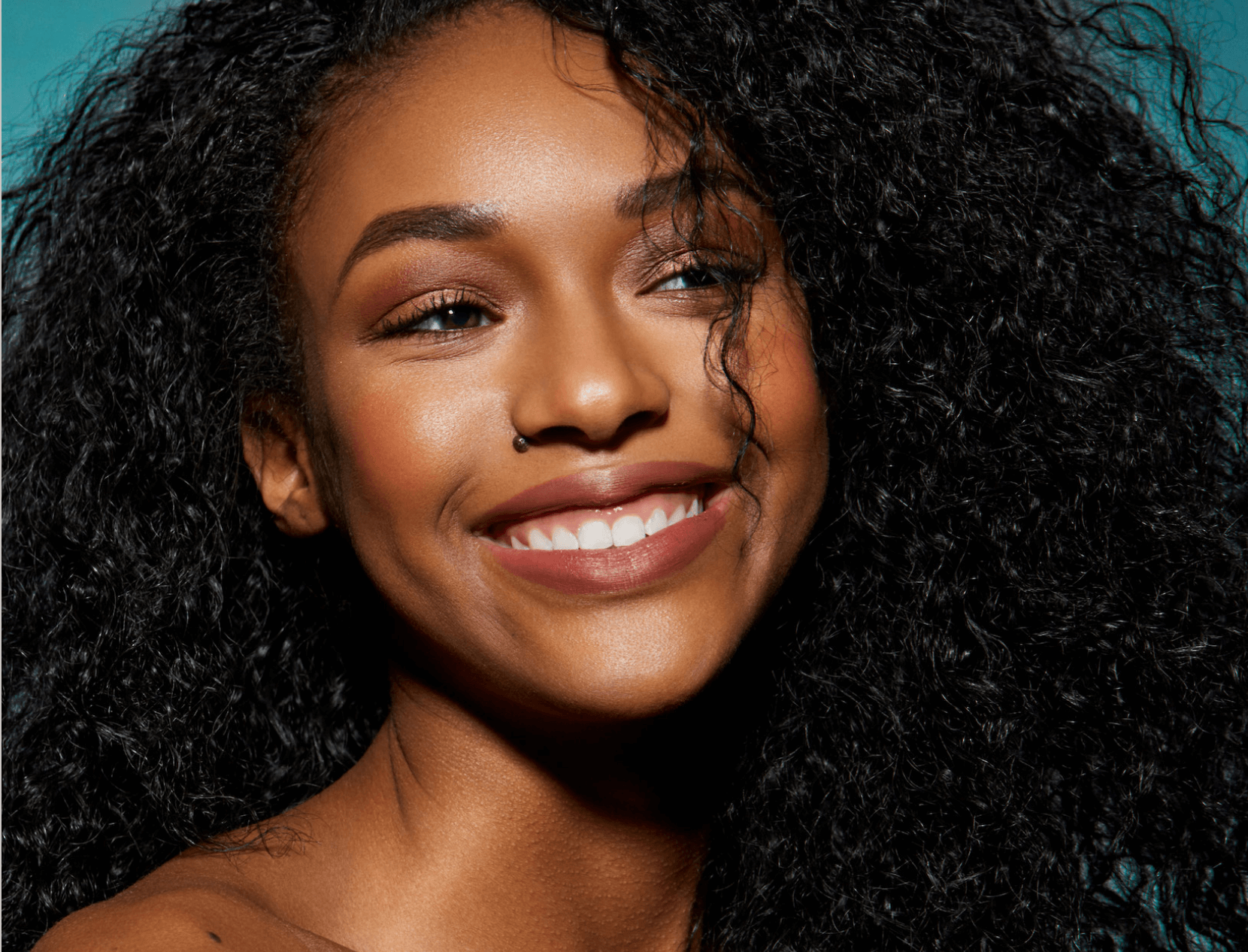 After indefatigable efforts, he went to the King, presented him what seemed the goddess of beauty to him, his Negro daughter. At this, the king asked,
‘did you not find any soul more beautiful than this?’

He kept silent for a while, then raised his head and said:

‘Your Excellency, my blood shall be showered in your feet if I speak but the truth. You asked me to bring Aphrodite, but I brought my Negro daughter; the reason was my loyalty. Your Excellency, for you, her black complexion may seem coal in the dark, but for me, it is as beautiful as a back rose or a diamond. To you, her dry hair may look like that of a witch of some old myth dancing in woods, but for me, her hair is no less than the curtains of paradise. To you, her wrinkled hands may seem like a deserted sight of this land, but to me, they seem like gods, to cope up the world’s fate in it has sketched these lines on it. To you, her eyes may seem like those of angels when embodying eyes have mistaken, but to me, success. To you, her wide nose may seem like dark, unfathomable caves of stone ages, but to me, it is no less than Noah’s Ark. Therefore, Your Excellency, my obedience and loyalty to you compelled me to bring my daughter to you.’

Then the historian smiled and said, ‘Yes! Beauty lies in the eyes of the beholder.’

In the quest to define and explaining beauty, two schools of thought have emerged so far. One proclaims the importance of inner beauty, and the other preaches the pleasure presented by worldly beauties. But in fact, all beautiful things are not necessarily good, charming, and attractive, but all good and true things are always beautiful. Therefore, it is well said by Keats:

Beauty is truth, truth beauty,
That’s all ye know on earth
And all ye need to know.’‘

The school of thought preaching inner beauty bore these words on the preface of its textbook:

‘History is evident that the world has given birth to many worldly beauties that could only help quench the thirst of people and awake beast in them. Many beauties passed by without any notice, but the beauty of soul and conscience has claimed triumph over the hearts of millions and marked its eternal existence. The people blessed with purity of soul, the truthfulness of their conscience, the goodness of their deeds, and firmness of their faith have succeeded to scratch their name on the forehead of this earth and lead their nation to the peals of glory. And thus, they are still breathing in the hearts of many mortals.

Nobody asks whether Aristotle was handsome or not, whether Alexander was strong, tall in stature or not, and whether Anarkali when buried alive inside the walls, posed like a queen or not. People do not ask such questions, but everybody asks how they climbed to success inch by inch. The open secret of their success, in fact, is their character, behavior, determination, zeal, and enthusiasm, which contributed towards their success and inner beauty.’

On the contrary, the school of thought preaching worldly beauty is thanking his God in these words:

‘Thanks, my God, for you have blessed us such beauties, whose single glance shuns off our day-long tiredness, whose heart may prove as a place of eternal peace to our souls, whose sight reminds us of your Excellence. Thanks, my God, you have bestowed upon us such beauty, the wish to achieve, which proves a source of fuel for our body, mind, and soul. This beauty has decorated this terrifying and worthless world, and it cheers us up when we are cooped in the cells of gloom, worries, and misfortunes. Oh, God! Really the beauty that you have blessed us with is a source of living in this frightful world.’

In fact, since the creation of this universe, beauty has been neglected, and stigmas of frailty have been marked on its forehead. Beauty seems to be an emblem of nothing but a thirst rubbing machine. Those who dwell in this world have been really mistaken in understanding the true beauty. When the beauty reigns its lost crown, these mortals will see with their eyes open and sense smelling the truth that worldly beauty was just a mirage. Praise be to the Lord, who gifted us these praiseworthy inner beauties which indeed enabled humanity to kindle flames of love even in the dark. And, therefore, we must stop lauding beauty only. We should also extol its creator, the Almighty GOD.

NAVEED AHMED CHANDIO, A person with bundles of knots to untie. The thinking fuel for him has been love, beauty, and inner rebellion. Most of the time, he would prefer to let the things be interwoven, for the beauty of life remains in having some reason to fulfill. He is a fairly good student of Nature and feels proud of it. The unthoughtful ness, cruelty, treachery, and hatred are few things that he never liked or perhaps he never got aware of. Naveed change lives in Karachi, Pakistan.