10 Games That are Similar to Animal Jam

10 Games That are Similar to Animal Jam

Animal Jam is one of the popular games aimed at kids and teens. If you are searching for games like this one, those like Habbo and Neopets should be on your list. This article gives you some games similar to Animal Jam. Animal Jam is a multiplayer online game (MMORPG) by Smart Bomb Interactive that has hooked kids. It takes place in the world of Jamaa, where the players can explore different regions. Each environment is different from the rest, with museums having different exhibits.

The kids, once registered, are given animal avatars with randomly generated names according to their avatar and are called Jammers. Players can accessorize their houses and even adopt virtual pets. They can talk to each other using Jam-a-Grams or Safe Chat, a filtered chat that restricts the use of any foul words. Gems are used as a form of currency to buy gifts or trade between players in a store called the Diamond Shop. One of the main benefits is that your kids won’t be exposed to online advertising as the site adheres to a strict policy. It serves as an important educational experience to learn about different animals and their habitats.

There are different avenues within the game, which let the players view videos. The Sarepia Theater lets the players watch the fun and educational videos on animals. Brady Barr’s place lets the kids experiment with different colors, go on expeditions, and learn about land-dwelling creatures. Finally, Tierney’s Aquarium lets you learn about underwater creatures and lets you touch some animals in the aquarium. Overall, this game is fun. If you want more games like Animal Jam, scroll through the list below.

Fantage is a MMORPG released in April 2008 by Fantage, Inc. It lets the players create a cartoon-sized avatar of their real selves. Targeted mostly at the 6-16 age demographic, it lets the players explore the virtual world of Fantage, consisting of 16 locations on its map. In addition, the players are allowed to customize their avatars and interact with each other at social events inside the world. 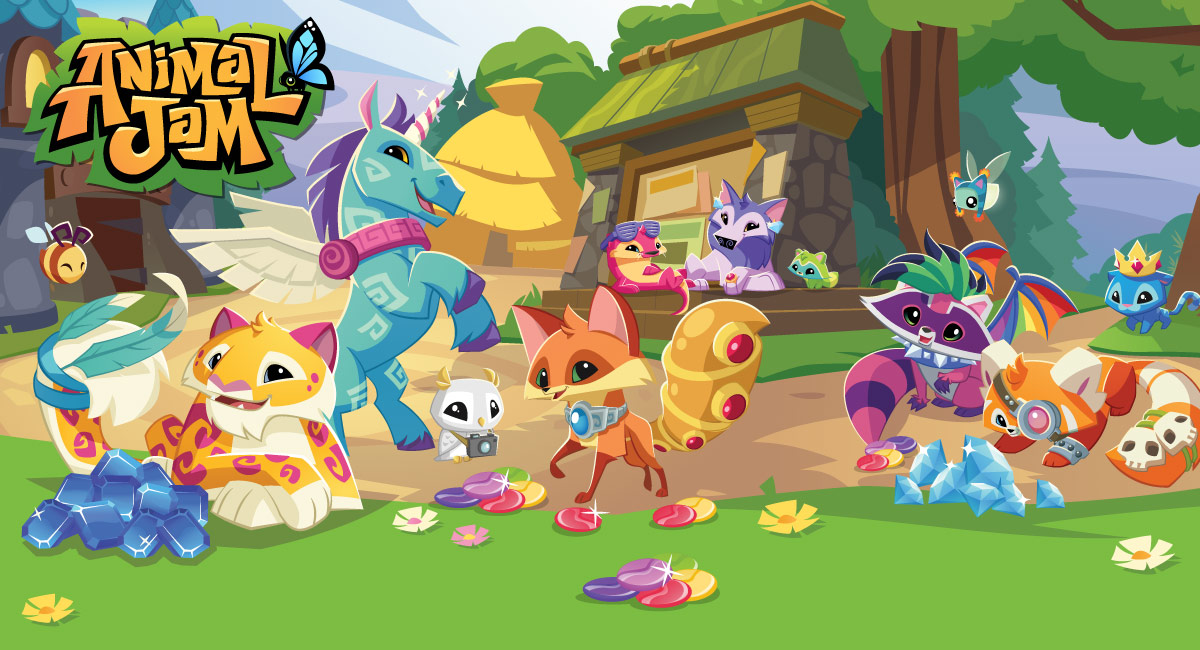 But to get access to more than the standard wardrobe, you need the premium membership. It has mini-games that you can play with other members and your pets, as well as educational content in conjunction with games that make learning fun. In addition, it has created many mobile applications like Fantage Bullseye, Fantage IDFone, and Fantage Fish Fish for the iPhone.

Habbo is the largest Finnish social networking service for teenagers. It was previously known as Habbo Hotel. The players can create their own Habbo character, design hotel rooms, meet friends, plan parties, play games, and look after pets. Though targeted at a different age group, the exposure and learning experience offered is similar to that provided by Animal Jam. Habbo has many features and has earned a big user base.

The game was developed by RocketSnail Games and later distributed by Disney Interactive. In the game, you play as anthropomorphic penguins who are given a customary igloo. The players can interact with other players and decorate their igloos with the help of in-game currency. A game was launched on the Nintendo Wii and Nintendo DS, wherein the currency earned in the game can be used in the online version. This game has more than 200 million users and counting.

If magic and wizardry garner your attention, then Wizard 101 is the game to play. The players choose to start their journey out of the seven magical schools of Ice, Storm, Fire, Death, Life, Myth, and Balance, each with its own unique set of spells. The game includes a hobby to train pets. It is a role-playing game created for young players. These factors make it a game similar to Animal Jam. It led to the development of Pirate101, which is also a choice of people who like playing Animal Jam. Warning: It may leave you under an addictive spell.

Marapets is an online game where you take care of your virtual pet. This game teaches kids to be more compassionate towards animals. You can own 12 pets at the same time. Dozer is an online game that lets the players take care of a virtual dog. There are different breeds of dogs to choose from. The main objective of the game is to compete with other players and win the dog championship. If you are a dog lover, you wouldn’t want to miss this tail-wagging adventure.

Neopets lets users take care of virtual pets. The game takes place in the world of Neopia. The virtual world has its own sense of time. You can trade items or buy more stuff, increasing the interactions between you and your pet using Neopoints, the in-game currency. Users can earn Neopoints by playing games of different genres such as puzzle, action, and luck with different users. It even has its own community in which users can chat, make friends, or share tips about the game.

The game is played on the island of Panfu, where the users play in the avatar of pandas. This game is aimed at children between the ages of 6 and 13. Players can chat with each other and go on different quests while enjoying the comforts of a safe environment. Mind Candy developed this online game aimed at children aged between 6 and 14. You can adopt a monster as your pet and choose six virtual monsters, Diavlo, Luvli, Katsuma, Poppet, Zommer, and Furi.

You can explore this virtual world and gain currency known as Rox by solving puzzles. BittyBay is a virtual animal kingdom where the players can meet new friends and collect items and avatars. It is a multiplayer online game, which is safe for kids and teens. Some more games similar to Animal Jam (in the sense that they are based on the animal theme and are created for kids) include Switchzoo, Mondo Zoo, Wolf Quest, FeralHeart, and Webkinz. Enjoy!